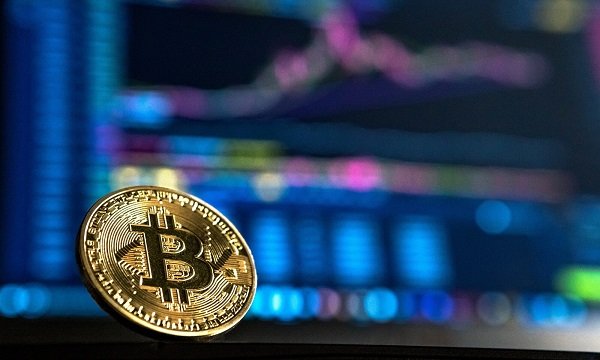 There was a time when we would have never accepted a ride from a someone we didn’t know, or sleep in a stranger’s home. It seems like it was just a couple of years ago when we used to rent movies from a video store or use a digital camera to take pictures with our families & friends.

The world is changing, and it’s happening fast.

Enter cryptocurrency. There are many different forms of cryptocurrencies, like Bitcoin or Ethereum. Prior to the end of 2017, most of us probably thought of cryptocurrency as something used to purchase shady items or services. In fact, a recent survey showed that 58% of people weren’t sure if owning Bitcoin was legal in the United States, or thought it was outright illegal. (Fact: It is not illegal to own Bitcoin.)

It’s still very early and the adoption is very low, but cryptocurrencies like Bitcoin have the foundation to disrupt payment processing and the preferred currencies of choice in the same ways that Netflix, Airbnb and Uber have disrupted their respective industries.

Processing Bitcoin payments is much faster than processing traditional credit cards. According to Investopedia, “Payment processing is executed through a private network of computers, and each transaction is recorded in a blockchain, which is public.”

With Bitcoin, transactions are usually completed in only about 10 minutes.

Most credit card transactions involve the merchant, the acquirer, the issuer and the individual cardholder. Depending on how often a merchant batches orders to collect payments, it could take up to four days to actually receive payment for goods or services. With Bitcoin, the process is usually completed in only about 10 minutes. Nobody wants to wait around to get paid, especially when many merchants are using lines of credit to pay for their inventory.

As mentioned above, it’s easier to move Bitcoin around since you don’t need banks or other parties to do so. Because of that, Bitcoin helps merchants save on bank transaction fees and offers secure and borderless transactions. With Bitcoin there are no surcharges for accepting different types of cards, and exchange rate fees either disappear or become much lower.

Additionally, there are many security gaps in credit card transactions. While chip cards have helped reduce the vulnerabilities of credit card process, they aren’t able to do so the way cryptocurrencies can. Crypto tokens are tough to fake, which makes transactions more secure.

No chargebacks means no chargeback fees…and no chance of losing inventory due to fraud.

Bitcoin transactions are also irreversible, and can only be refunded by a receiver. This is very different from a typical credit card transaction, which can be cancelled. This means there are no chargebacks for merchants when taking payment via Bitcoin. No chargebacks means no chargeback fees…and no chance of losing inventory due to fraud.

Most merchants usually avoid international payments because of the credit card fraud or exorbitant fees that are involved with international orders, which brings me to my next point:

Expanding your Business Internationally Just Became Safer & Easier
The availability of cryptocurrencies makes it easier for merchants to expand their reach into international markets. Instead of dealing with the headache to make your business able to accept an array of currencies, merchants are able to simplify things by offering cryptocurrency and not have to deal with exchange rates.

Additionally, merchants won’t have to spend time figuring out if their payment processor will allow payments from specific countries, or if their website can show prices in different currencies. This — along with the high fees and high risk associated with international orders — becomes a non-issue with cryptocurrency.

The relationship between ecommerce and cryptocurrencies is going to be disruptive.

The relationship between ecommerce and cryptocurrencies is going to be disruptive, and it’s already picking up steam with younger Americans. According to a recent poll, there was almost a perfect correlation between age and a likelihood to invest in Bitcoin or use Bitcoin for purchases. More than 50% of respondents younger than 34 stated they would be open to using Bitcoin for purchases. That’s compelling data, and we’ll be keeping our eyes on this. You should, too!

Have any questions about cryptocurrency? Let us know in the comments!